​From Friday 7 August People and Places

This Show is about the importance of people and places and their centrality to our well being and creativity. Each of our artists finds something intrinsically powerful in their local landscapes; of places, or people or both.
We will be featuring the work of 4 different and distinctive artists, Sula Rubens, Cornelia Ftizroy, Nahem Shoa and ceramicist Elaine Bolt:
​Suffolk based artist Sula Rubens travels widely and immerses herself in the landscapes, and people she finds. Close observation is key to Sula's work. In 2017 she embarked on a series of work called "Kin" which is about people and their sense of place and each other. Sometimes the figures of people and animals are drawn on old maps as if to convey a sense of history and migration across countries and time. In all work Sula shows that love and kinship can endure, even in difficult circumstances.
Postponed ! till 2021     Wilhelmina Barns- Graham (1912 - 2004) together with Patricia Cain PS, ARWS, NEAC
Wilhelmina Barns-Graham (Willie) was one of the key influencers of Modern British Art and an early member of the St Ives School. We will be showing Willie's work alongside that of Scottish artist Patricia Cain. Patricia has had many solo exhibitions and has exhibited widely in Scotland and England, including a major exhibition at the Kelvingrove Museum in Glasgow called Drawing (at) the Riverside. In 2013 Patricia was awarded an RSA residency through the Barns - Graham Trust at Balmungo House in Fife, Scotland. One of her paintings from this residency won the RWS Award at the RWS Contemporary Competition in 2014. We are very grateful to Rob Airey, Director of the Barns- Graham Trust for his support in putting this exhibition together.
​
November  2020    London and East Anglian Arborealists
In this show we will be working with Tim Craven curator and artist and The Arborealist Group, which Tim founded in 2013 after the critical success of Under the Green Wood : Picturing the British Tree, an exhibition he co-curated with Steve Marshall and Professor Anne Anderson at St Barbe Museum and Art Gallery, Lymington, Hampshire. This exhibition was in two parts. Part one was an historical review of artists who had occupied themselves drawing and painting trees and tree-landscapes including, John Constable, Paul Nash and Paul Sanby amongst other nineteenth and twentieth century celebrated artists. Part two featured 32 contemporary artists, and included a Turner Prize short-listed and two Royal Academicians but also less well-known artists who had given trees, forests and woods a special value and who had developed new perceptions of painting and language while painting trees. We will be working with Tim to showcase the work of East Anglian and London Arborealists.

Past shows and events - highlights 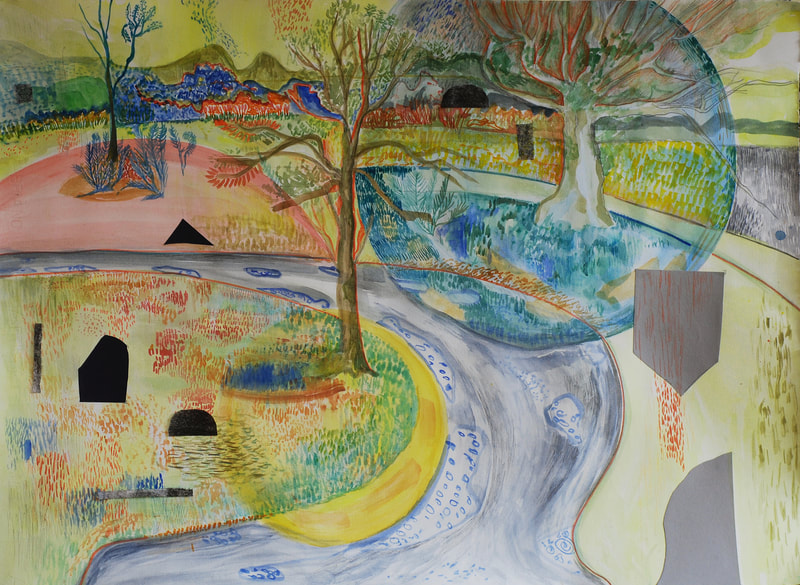 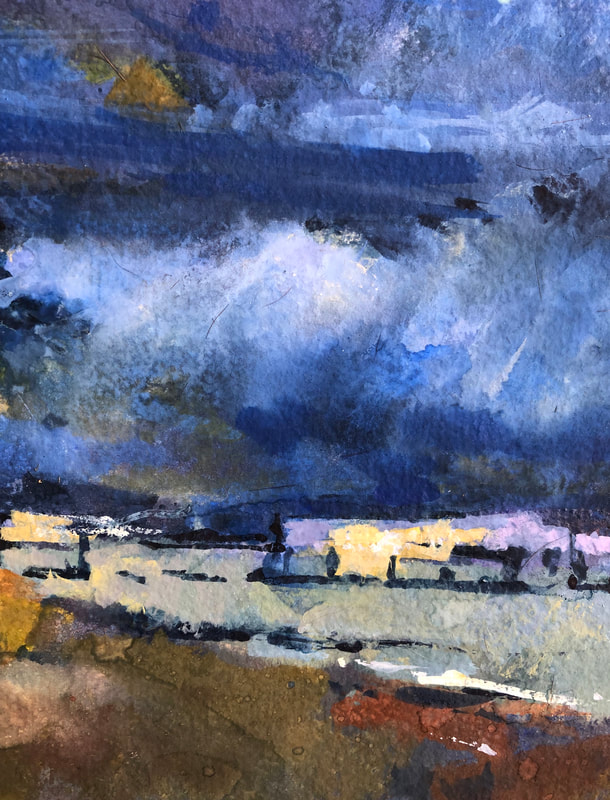 Mari French /Illuminated Coast II
Stillness-  seeing harmony and balance July 2019
​In this Show we explored Stillness - in a landscape, in an arrangement on a table,  in a figure, and in abstraction.  At the centre of the Show were still life works from one of Canada's best known artists Joe Plaskett (1918-2014). Joe lived in Woodbridge, Suffolk, UK from 1994.

Jane Human / Across the Water SOLD 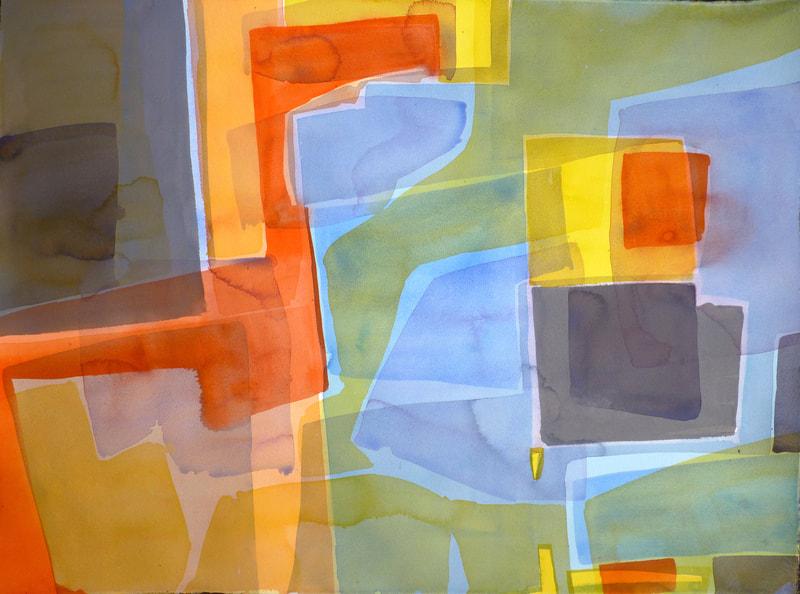